‘Tis the Season for Stomach Bugs 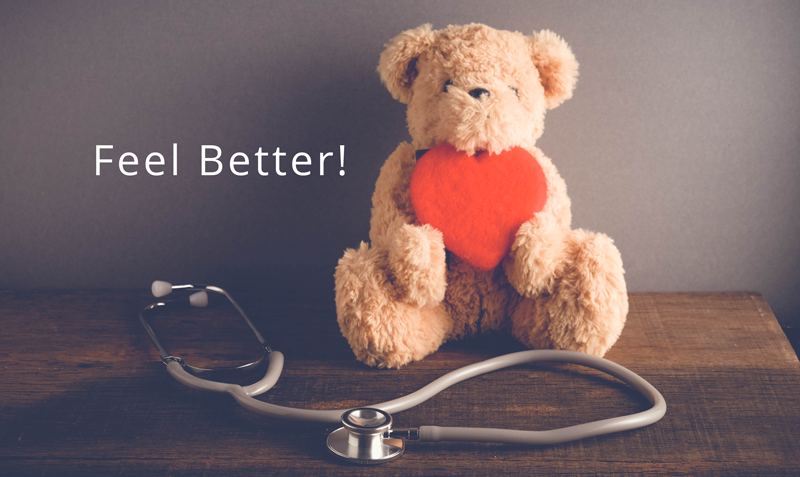 Did you know “stomach flu” isn’t flu at all? Gastroenteritis, which affects the stomach and intestines, is not related to influenza, a virus of the respiratory system.

It goes by many names. Whether you call it the stomach flu, an upset stomach, a stomach bug, or the winter vomiting flu, it has symptoms we all recognize: abdominal pain, vomiting, diarrhea, body aches, and a low-grade fever. When these symptoms arise, they can last between 12 hours and 10 days. It can feel like an eternity for a sick child - and their parents!

It’s no myth that kids get more stomach bugs in the winter. The Centers for Disease Control (CDC) attributes it to being in enclosed spaces during the colder months. Windows are closed, limiting fresh air, and people are in closer contact with fabrics and surfaces that may carry germs. The peak season for stomach viruses is November to April.

Most gastroenteritis comes from two viruses: norovirus and rotavirus. They primarily spread between people through contaminated surfaces, but some outbreaks can be attributed to viruses spread through food and drinks.

Norovirus accounts for about 20 million cases of gastroenteritis a year. It typically brings a fast-onset group of symptoms, including repeated vomiting that usually stops within three days. Some people call norovirus “food poisoning,” because of a connection to contaminated food, but that’s not its main way of spreading. There is currently no vaccine for norovirus.

Rotavirus accounts for about 600,000 doctor and emergency room visits per year. Children usually get diarrhea and vomiting that lasts between three and eight days. A vaccine for rotavirus was introduced in 2006 and reduced its impact significantly.

Both norovirus and rotavirus are self-limiting, meaning they will go away on their own without medical treatment.

There’s also a group of bacteria that cause symptoms similar to stomach viruses, but are not usually grouped with winter stomach bugs. These bacterial invaders most often cause diarrhea and not vomiting: Clostridium difficile, salmonella and E. coli.

Parasites, such as giardia, can also cause symptoms similar to viral gastroenteritis. Your doctor must diagnose a parasitic or bacterial infection, because they are not self-limiting like viruses.

Children lose a lot of body fluid from stomach viruses. It’s crucial to keep them hydrated, even if they seem to have no appetite or thirst. Dehydration is actually the biggest danger associated with gastroenteritis.

Contact a doctor if your child has these dehydration symptoms:

Water may not be enough to rehydrate a child who has lost a lot of fluid from diarrhea or vomiting. You can also use fluids with electrolytes, like sports drinks or special electrolyte solutions sold at pharmacies.

Don’t give a child milk, caffeinated beverages, or orange or other citrus juice while they have a stomach virus. All of these drinks can irritate the digestive system and make things worse.

When your child has gastroenteritis, they will need fluids, rest, and time to recover. There will likely be a period of time where they don’t want to eat, which is normal. Reintroduce food slowly starting with bland food like rice, toast, crackers, and bananas.

If your child is still getting steadily worse after a few days, or is showing signs of dehydration, see your doctor right away.