Do You Know the 4 Main Types of Skin Cancer?

As the sun shines in spring and the days lengthen toward summer, ‘tis the season for sunscreen. Using a sunscreen of SPF 15 or higher is one of the best ways to protect yourself against skin cancer, which affects more than 3.3 million people in the U.S. each year. 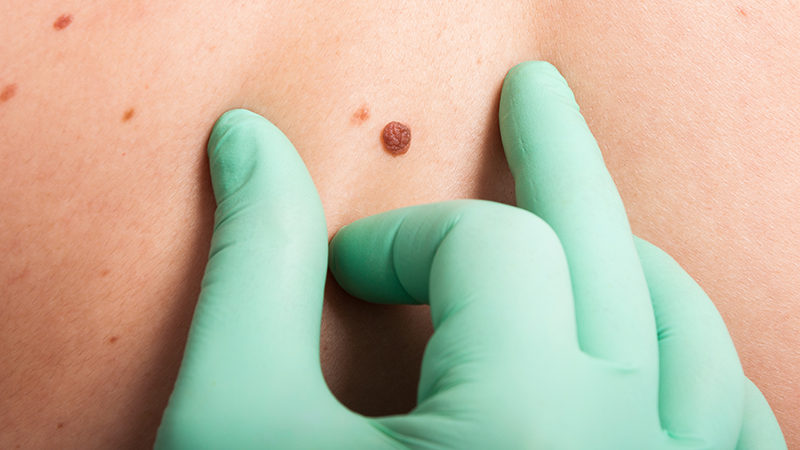 It’s also a good time to practice good skin habits like staying in shade during the hottest part of the day, keeping skin covered with clothing, and checking your skin for irregularities. Which brings up the question: Are you familiar with the 4 main types of skin cancer?

These four types of skin cancer are named after the skin they affect.

Basal cell carcinoma: This type of cancer occurs in the round basal cells that sit below the surface of the skin. They naturally rise and flatten to replace dead squamous cells.

Squamous cell carcinoma: These are the flat surface-level cells that die and flake off from your skin every day.

Merkel cell carcinoma: Merkel cells are what give your skin the sense of touch.

Melanoma: Your skin’s melanocytes make it tan in the sunlight. When cancerous, they’re called melanoma.

Then there are the melanoma skin cancers, some of the most feared because of how common they are. In 2018, it’s estimated that 178,560 melanoma cases will be diagnosed, an increase of 53 percent over the past decade. Someone dies of melanoma every hour.

Of course, a rise in skin cancer diagnoses can mean two things: that skin cancer is actually on the rise and/or that skin cancer awareness is on the rise. Researchers believe both may be true. With early intervention, the spread of skin cancer can often be limited. Deaths can be prevented. The 5-year melanoma survival rate in the U.S. is 99% with early detection.

The best way to have your skin checked is to consult an expert. See a dermatologist for a skin examination or express any concerns to your family doctor. To do a thorough evaluation, a doctor may perform a biopsy or other tests.

At home, you can check yourself and your children for skin irregularities. Observe any rough patches, bumps, and moles that have grown or show irregular borders. In particular, note changes that have occurred over time, and share them with your doctor.

Keep in mind that skin cancer doesn’t follow a predictable pattern and you can’t rely on an at-home diagnosis. Avoid making assumptions about skin cancer and consider these facts: