The Truth About Menopause

Menopause is a far-off event for much of a woman’s life, something we easily brush aside in the face of more immediate concerns related to our reproductive ability. Then, one day, after we’ve been too hot, too forgetful, or too uninterested in sex for too long, we’re struck by a thought:

Am I in menopause?”

How do you know if you’re menopausal? Will you know when it’s over? Are you destined to sweat every night for the rest of your life? 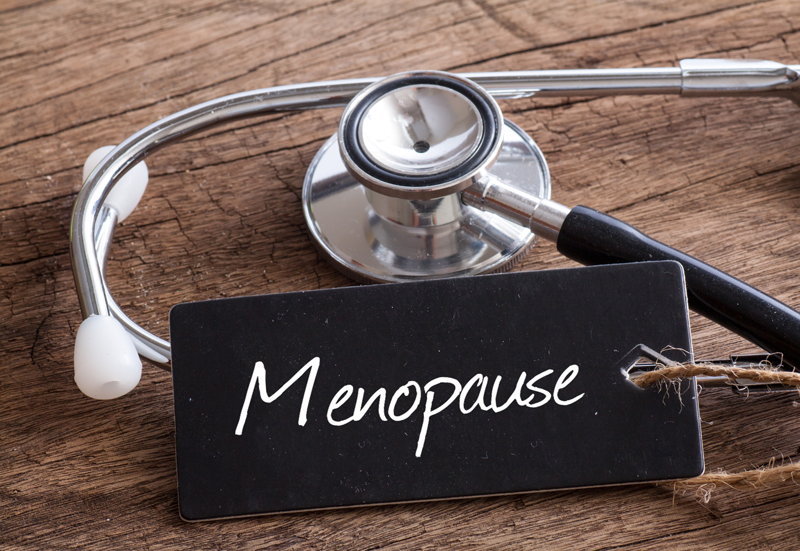 The 3 Stages of Menopause

People use the word “menopause” to describe what is actually a three-stage process: perimenopause, menopause, and post-menopause.

You probably won’t realize that you’re in perimenopause right away. This stage starts when a woman’s body begins producing less of two hormones that are significant to reproduction: estrogen and progesterone. Until perimenopause, our ovaries boost production of these two hormones every month to get the uterus ready for a fertilized egg. In perimenopause, eggs are not being released regularly, so the hormones aren’t, either.

Symptoms of perimenopause are:

Any time these symptoms appear, schedule a doctor’s appointment. Together, you can rule out any other causes and begin monitoring your perimenopause. Meanwhile, if you are taking precautions against pregnancy, keep doing so. Because a woman is still having periods during perimenopause, even if they are sporadic, she can still get pregnant.

Though we can sketch a typical timeline for perimenopause based on historic averages, no two women are alike. For most, perimenopause starts in their late 40s to early 50s, though some do experience it in their 30s. (Surgical removal of the ovaries leads to sudden-onset perimenopause no matter the patient’s age.) Perimenopause can last up to 10 years, though most women will move into menopause after three to five years. It ends when a woman’s menstrual cycles have stopped completely.

Menopause begins after perimenopause ends – a woman is definitely having no more periods. This happens when the ovaries stop producing estrogen and progesterone altogether. This signals the ovaries to stop sending eggs to the uterus, and menstruation cycles end. You won’t be certain you’re menopausal until a few period-free months have elapsed.

Besides no periods, typical symptoms of menopause are:

Menopause lasts for 12 months after perimenopause. Medically, a woman is menopausal for the 12 consecutive months she does not have a period.

A word about the mood swings: Sure, anyone would be moody with all this going on. The thing is, everyone should expect to feel emotionally different during menopause. When any hormone increases or decreases, our body – including its emotional center – is built to react. So, to a point, mood instability is beyond a menopausal woman’s control.

Postmenopause is the rest of a woman’s life after the last month of menopause. As she isn’t having periods, a postmenopausal woman no longer can conceive naturally. Her previous symptoms will wane and even disappear. However, new issues arise to replace them.

Postmenopausal women are at increased risk for several health conditions, especially heart disease and osteoporosis. This is another good time to have your physician assess your overall health and talk to you about these risks. For example, most older older women think of breaking a bone from a fall as “just part of aging.” In reality, bone fractures from everyday falls are not normal and may indicate osteoporosis. (National Osteoporosis Foundation)

Is This Menopause or Something Else?

Depression – Some studies have shown that 20 percent of women become depressed at some point during the three stages of menopause. There’s a physical reason to feel down or quick to anger: Lower levels of estrogen mean less serotonin, which controls moods. But whether you think your new mood is from lack of sleep, a disinterest in sex, the thought of no longer being able to conceive or from menopausal hormone changes, don’t try to handle it alone. Talk to your doctor or therapist, or at least a trusted friend.

A quick search for self-books related to menopause produced these titles: Grumpy Old Menopause, The Magic of Menopause, Making Friends with the Menopause, Menopause Mondays … and yes, there’s even a Menopause for Dummies.

When you’re ready to talk about menopause, make an appointment with your doctor to discuss menopause in relation to your own body. He or she is familiar with your medical history and can recognize when things start changing for you. Menopause may be a confusing topic … but by monitoring your own health, you’ll understand how your body will ride out the process.

At Johnson Memorial Health, we’re honored to be part of life-changing moments for women and their families in our community. We live here, too, so we treat you like we treat our own. Now accepting patients at convenient locations in Franklin and Whiteland.