Advances Continue in Fight Against Cancer

Though there will be an estimated 1.7 million new cancer cases in the U.S. this year, there is hope.

The American Cancer Society notes that nearly 14.5 million Americans with a history of cancer are alive today – either cured, in remission or undergoing treatment.

After peaking in 1991 because of high tobacco use, the rate of cancer deaths has dropped 23 percent since – primarily because of earlier detection, advances in treatment and improved health behaviors (fewer smokers).

Death rates are declining for the most common cancers – lung, colorectal, breast and prostate.

More than $100 billion per year is being spent on cancer research worldwide, according to U.S. World and News Report. While the definition of successful treatment is as complicated as the types of cancers, progress continues in many areas.

Here are the most recent advances: 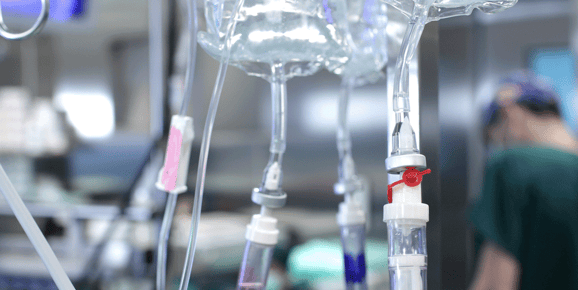 Dr. Julie Vose, president of the American Society of Clinical Oncology, says this is the most transformative advancement in cancer care in recent years: “The immunotherapy concept is simple: unleash the body’s immune system to attack cancer. It has proven extremely difficult, however, to develop treatments that deliver real, consistent results. Decades of bold ideas, dedication and financial investment in research have been required to prove immunotherapy’s worth as a treatment for people with an array of different cancers.”

Healthgrades.com reports remarkable success in advanced focus on specific cancer cells. There are currently about 30 of these treatments, which interfere with cancer cell formation and grow. Researchers also have made progress in highly precise radiation therapies that zero in on tumors, reducing the side effects from general radiation. In 2015, researchers reported marked gains in several difficult-to-treat forms of blood, ovarian, lung and breast cancers.

The five-year survival rate is at nearly 100 percent. Routine screening has played a critical role. Men are also benefiting from improved surgical techniques and hormonal therapies. Seven of the 10 drugs approved for prostate cancer came to market within the last five years. In 2010, a treatment vaccine became available that uses patients’ own immune cells to boost the body’s response to the cancer, according to HealthGrades.com.

Breast cancer has also seen an increase in its five-year survival rate, up from 75 to 90 percent. Today, screening advancements catch many breast cancers at early, treatable stages, according to the Susan G. Komen Foundation. Treatment options now include more precise surgical and radiation techniques, combination chemotherapy regimens, hormonal therapies and targeted treatments. Genetic research has also identified several genes linked to breast cancer. Women who test positive for these genes can take preventive steps, such as pre-emptive mastectomy, to reduce their risk.

This cancer remains a significant challenge for doctors and researchers. American’s obsession with outdoor recreation (without using sunscreen) and tanning beds and exposure to certain pollutants continue are believed to cause the increase number of cases. Melanoma also is aggressive and often resists certain treatments. HealthGrades.com reports, though, that researchers recently discovered a gene mutation that has led to the development of targeting drugs.